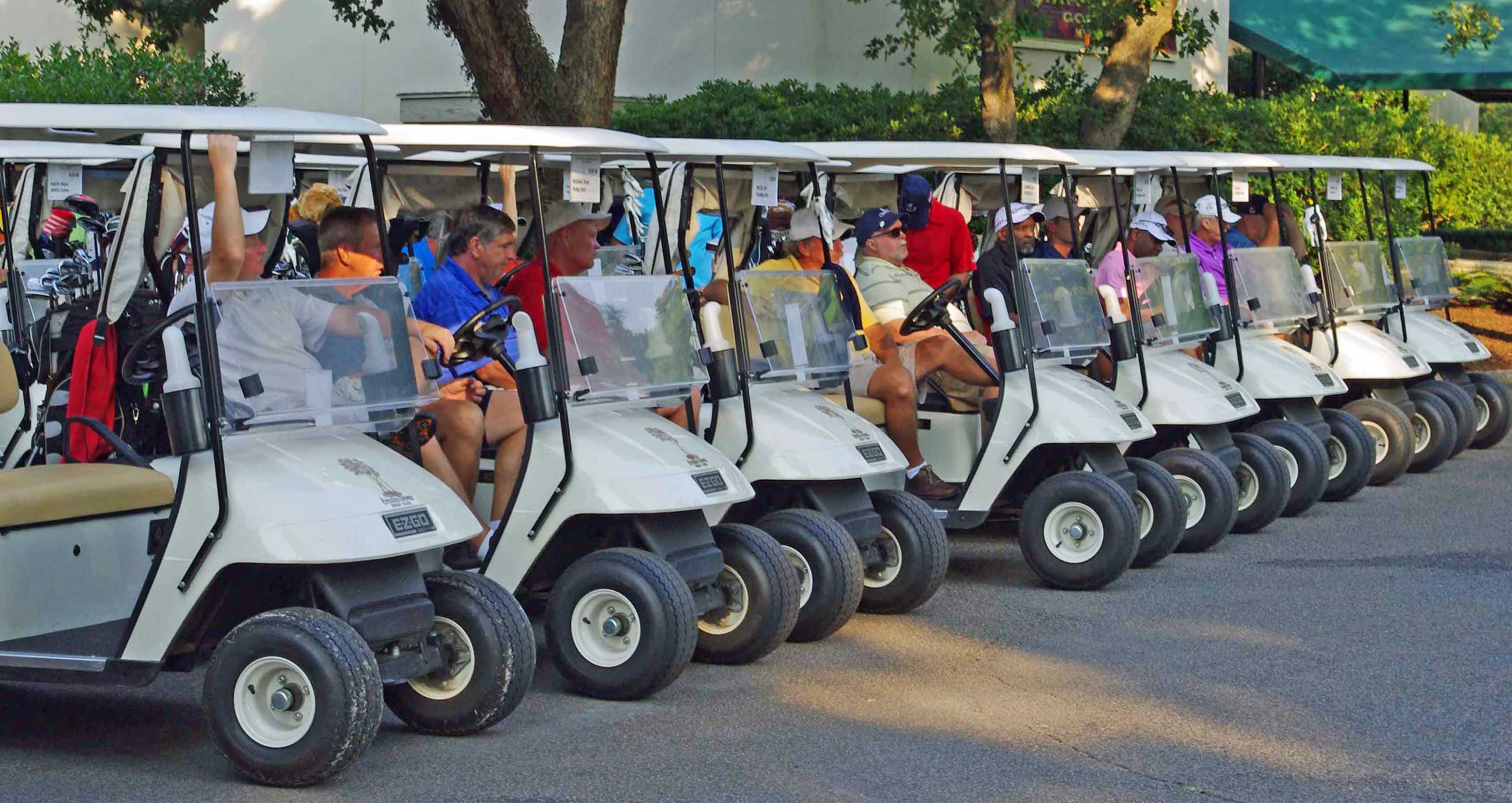 Are You Up for the Challenge? – by Dave Finn

Myrtle Beach S.C. – My knees were knocking, my palms were sweating and my toes were actually tingling as I approached the tee blocks. All I could think about was “don’t make a fool of yourself on the first drive of the day”.

Normally, I don’t get unnerved very easily but I can recall in vivid detail how I felt preparing to lead our fearsome foursome into battle last August. I was playing at the Myrtle Beach World Amateur Handicap Championship, reportedly the largest amateur golf tournament on the planet, and I certainly did not want to embarrass myself.

I was excited and tense at the same time. You see I had never met my fellow team mates. We were only introduced just before it was time to head out for our first round. I wasn’t quite sure what to expect. All I knew was that we all played at relatively the same level and shared a passion for golf so I shook off the doubts and plunged right in. And what an experience it turned out to be! 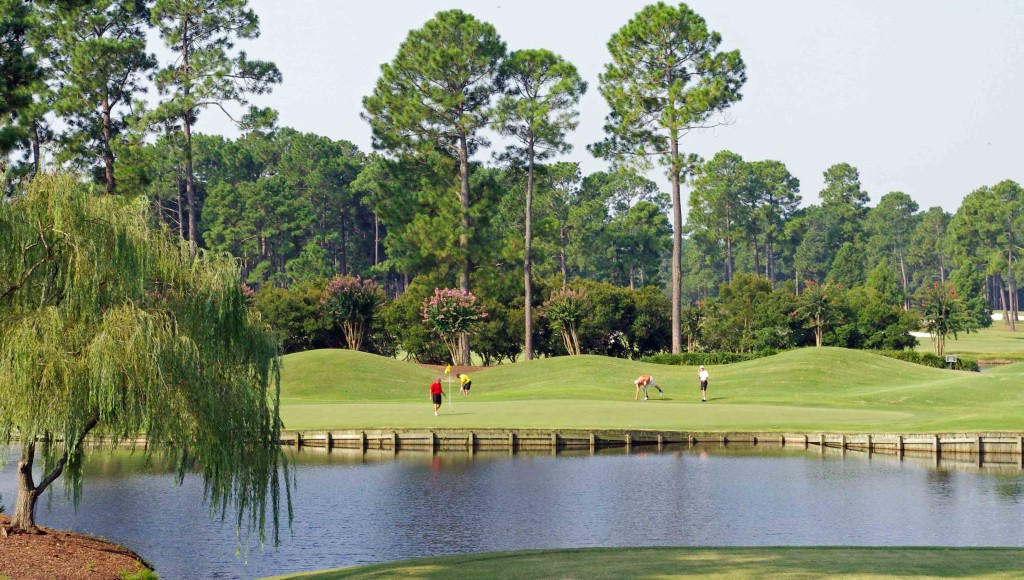 Over the next four days I played some spectacular courses, met some very interesting characters and learned a lot about myself. 2013 was the event’s 30th Anniversary and it attracted 3,310 golfers from 27 countries.  There were 70 flights in total – Men under 50, Senior Men (50 to 59), Mid Senior (60 to 69) and Super Seniors (70+) as well as six Women’s Divisions played at 64 different courses. So as you see this could be a logistical nightmare. One of the best things I can say about this amazing event is that everyone is welcome. Golfers of every caliber are encouraged to participate, no matter what age or gender. Groups are well matched so that not only do you get to enjoy the camaraderie but also the competitive spirit.

I’ve been golfing for over 40 years and must admit that I don’t always take my game very seriously. For me golf is leisure sport, one to be enjoyed with friends. Despite all the governing rules, I must confess that I do not always follow them to the tee. Yes, I’ve been known to be a bit ‘liberal’ with my interpretation but only in the interest of speed of play. But trust me I’m now a changed man! 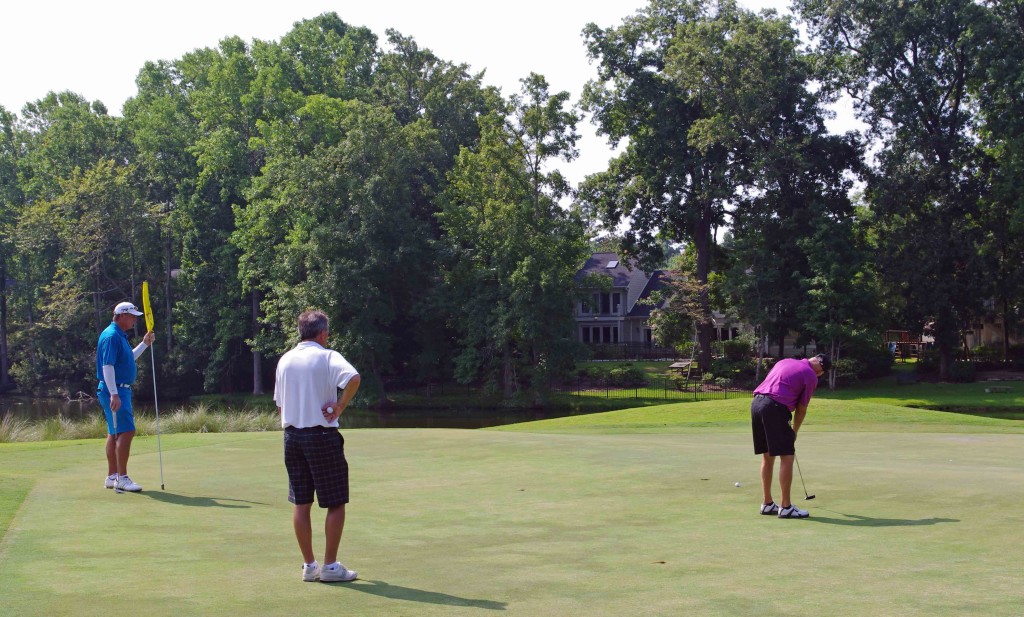 I learned my lesson quickly when we were finishing off the 4th hole.  I had just missed my putt by an inch and proceeded to walk up and scoop up my ball.  In unison the other three in my foursome sucked in a huge gasp. “OMG what did I just do?”  Fortunately my group was gracious enough to forgive me this time but now I had been warned – there are no “gimmies” in this tournament!

After every round I pulled up a barstool in the clubhouse and amongst today’s new friends and yesterday’s pals we’d regale each other with our rounds over a couple of pints. I learned that some of these players had played in this event for over 20 years and in fact 11 players had participated for the entire 30 years. That says a lot about how much fun and how well organized this event truly is. 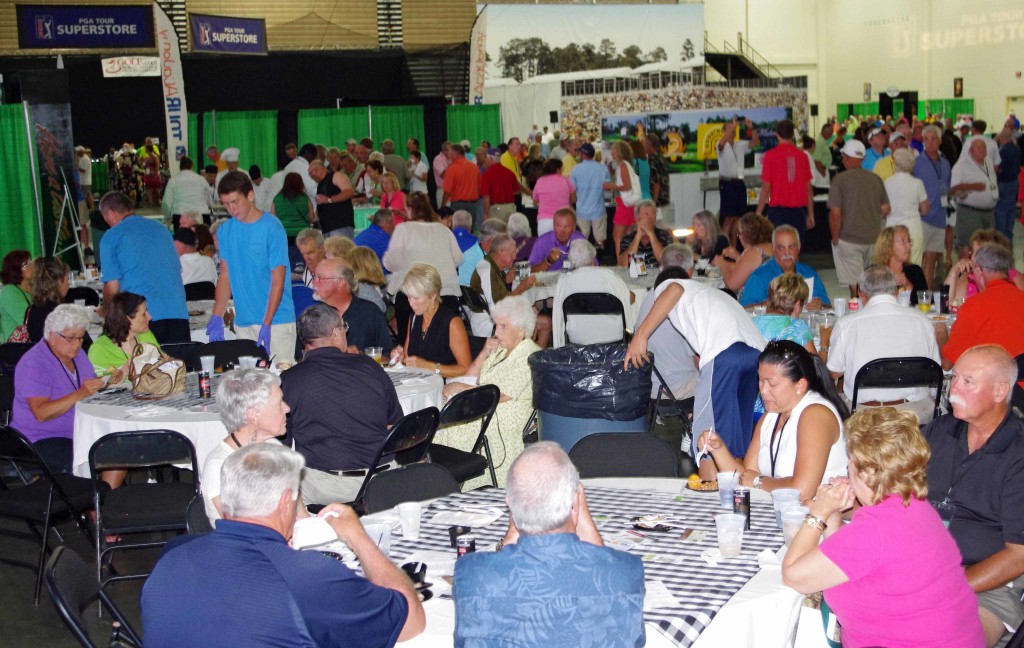 Après golf every player is invited back to the “World’s Largest 19th Hole”.  In fact it takes up 120,000 square feet at the Myrtle Beach Convention Center. The excitement level is always electric as the day’s standings are posted. Each night we were treated to free beverages and succulent samplings from the “Taste of the Strand”. One night the options included Greg Norman’s carved roast filet mignon over truffle and mushroom risotto or Sam Snead’s pork tenderloin over mashed potatoes and onion demi glaze sauce.  Yummy! And every night there were different celebrity forums on stage including Roger Clemens, Brandel Chamblee and Charlie Rymer from Golf Central.  There were live bands and even 63 trade show exhibitors to keep us entertained. 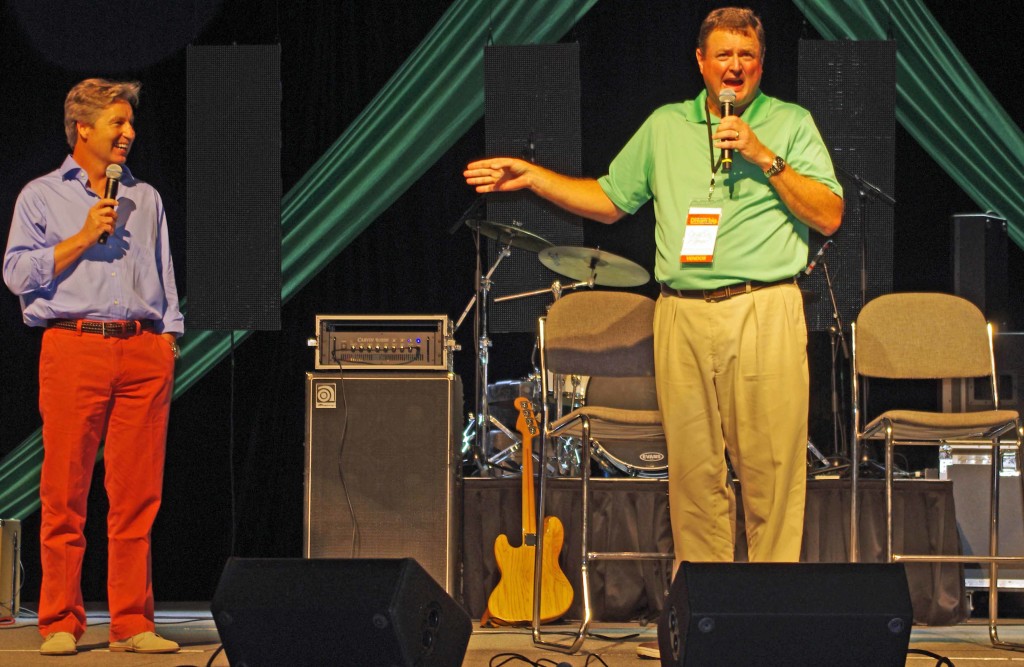 On the last night I had the great opportunity to meet with Tournament Director, Jeff Monday. I wanted to congratulate him on organizing such a well-oiled machine. He told me that “we ensure that everyone plays by the USGA Rules and we monitor it very closely.”  In other words, “No sandbagging and No cheating”! He went on to tell me that “This year we had 23 disqualifications for various reasons.”  I personally met one competitor who was involved in a minor car accident on the way to the course. Unfortunately he ended up being late for his shotgun tee time. I also heard of another player who claimed to have an 18 handicap and shot 75 the first round! Both lost their spot in the event.

Jeff was proud to say “You sure get your money’s worth. You play a minimum of four rounds with cart, daily prizing, dinner and drinks at the 19th Hole plus every participant receives a gift bag worth over $300 in retail value.”  I could not agree more. We all received a stylish golf shirt, a long sleeve hi-tech pullover, two hats, a dozen golf balls and a number of gift certificates. As well, each flight had a different daily contest including closest to the pin, longest drive, close to the line with daily low nets and ties winning a $25 TaylorMade gift card and a commemorative divot tool.  The top five in each flight also received a TaylorMade gift card ranging from $50 to $600. Plus, there were over $25,000 in random drawing prizes. The Grand Prize Winner won four round trip airfare tickets to Myrtle Beach including seven nights accommodation, six rounds of golf, car rental and $400 in gift cards. FYI!  Our entire flight of 50 players each won a SkyCaddie GPS Golf Watch, with a retail value of $229 CAD.  How good is that?

A total of 100 winners and ties from our four day tournament were invited to the final round at the Dye Club at Barefoot where foursomes were closely matched with their flights and each group was accompanied by two Marshalls who monitored the play. They even had a scoreboard and live broadcasting on www.usa.vpar.com/live/world-am2013

There are over 1650 restaurants and 60,000 rooms available from B&B’s, villas, cottages to hotels and motels along this 60 mile stretch of sanding Atlantic Ocean shoreline.  A word to the wise though, if you come with a fellow golfer make sure you both have a relatively similar handicap or be prepared to rent two cars as you may very well be playing a different course and they could be located on opposite ends of the Grand Strand.

What I learned was I play golf for fun. I’m all about the experience not the score. If I truly want to play competitively then I need to play by the rules all the time so that my official handicap is more accurate.  By the way, I sliced my opening drive into the trees, hit a miraculous recovery shot to par the first hole.   Sadly, it was all downhill from there and I ended up placing 41st in my flight. Needlessly to say I did not play my best but I can’t wait to go back again this year and redeem myself!

The Belle of the Bay – Belleair Country Club Florida

World Golf Village Will Wow You