Photos and Story by Michael Cunningham

What a year 1992 was for the golf enthusiast! Nick Faldo coming from four shots down to win The Open as a dazed John Cook watched after missing a 24-inch putt on the 71st hole. The world’s number one ranked player, Fred Couples won his first major, The Masters. Following an incredibly lucky break where his ball did not go in the water on the 152 yard par 3 12th as Ian Woosnam earlier records an 8 to finish tied for 5th. The year a teenager, by the name of Tiger Woods, made his PGA debut.

It was also the year the worlds most played golf trail destination, The Robert Trent Jones Golf Trail, in Alabama was created. Golf Magazine announced, “It is the standard against which all other trails are measured”. “One of the world’s coolest places to play’ according to Golf Magazine. Frequent Flyer Magazine announces it is one of its “top ten trips in the world”.

I had to see what all the excitement was about but where was one to start. The Trail boasts 26 golf courses at 11 locations from Magnolia Grove in the South to Hampton Cove in the North. Everything from the beautiful beaches on the Gulf of Mexico to the rolling mountains and lakes of Northern Alabama.

My plan was to experience five of the courses on a one-week getaway. The opportunity to play a few of the original courses was exciting to me. The Grand National home of the PGA’s Barbasol Championship; the 54 hole Oxmoor Valley with it’s multiple elevation changes and what has been described as perhaps the most beautiful and challenging courses on the Trail, Cambrian Ridge. Every facility along the Trail is within easy driving distance so the opportunity to experience two of the latest additions. ‘The Judge’ course at Capitol Hill, is “worthy of the US Open and America’s Top 10 Public Courses” according to Golf Magazine and the latest ‘tour de force’ Ross Bridge, is in close proximity to Oxmoor Valley and Alabama’s largest city, Birmingham.

The story of the Trail is the vision of the CEO of the Retirement Systems of Alabama [RSA], Dr. David Bronner. The State was looking for ways to rebrand its image as the 80’s were difficult times economically. The ‘Sweet Home State’ wished to display, to the world, that there was an abundance of southern hospitality and a refreshing embrace of cultural diversity was replacing the contentious history of civil rights issues. The RSA’s Pension Fund was seeking ways to diversify its holdings and develop ways that would attract more investment from new industry and tourism. The idea came to Doctor Bronner one evening in 1989. 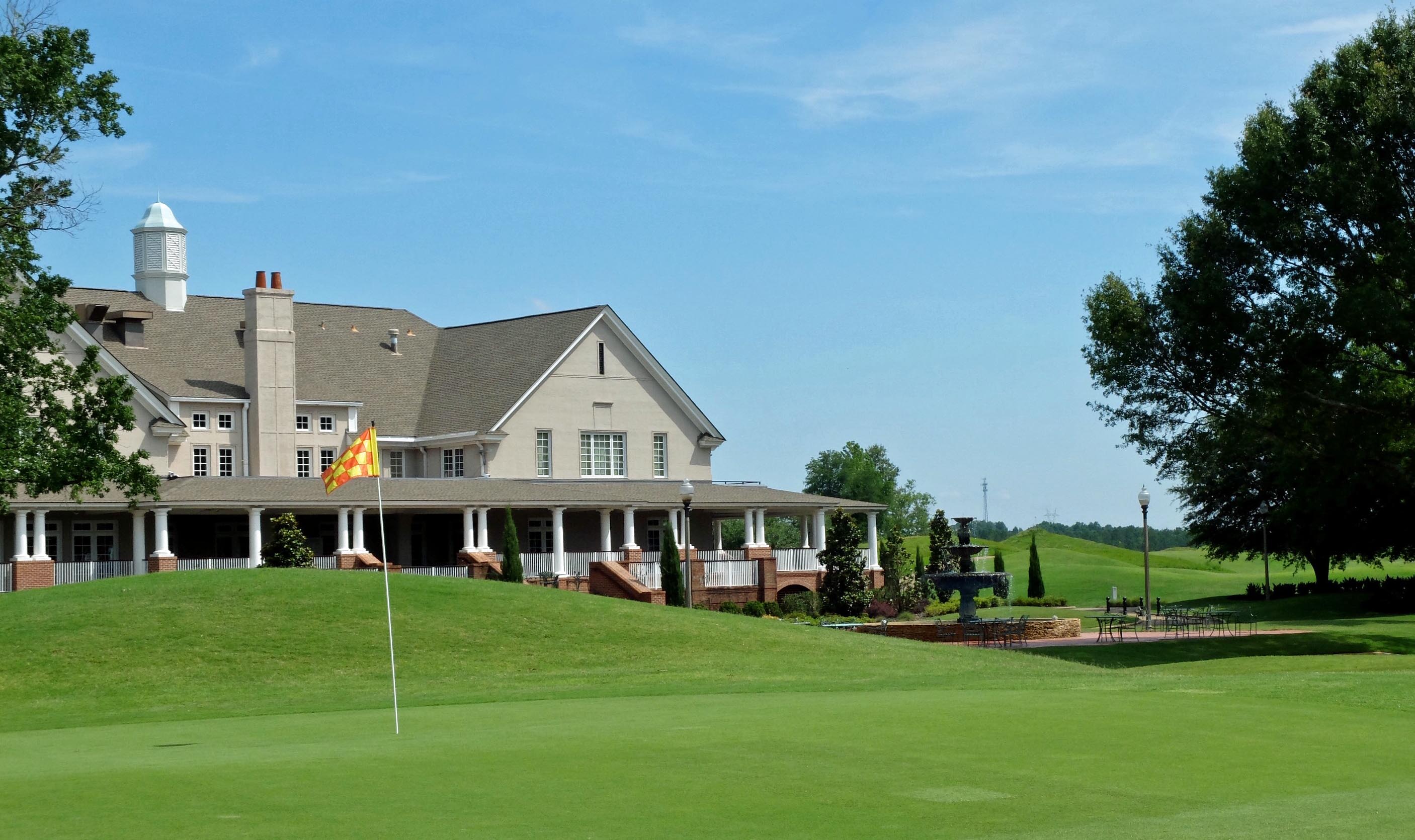 While watching the Hollywood film “Field of Dreams’, where a farmer builds a baseball field in the middle of his cornfield to attract tourism. The catch phrase ‘Build it and they will come” became Doctor Bronner’s inspiration. If I were to create well-designed championship courses that are challenging yet fair, affordable and beautiful would the people come?

Following consultation with respected course designers, the decision was made to partner with Robert Trent Jones Sr., regarded by many, as the leading course designer in the world. In 1990, at the age of 83, he was awarded the largest single golf-course construction project ever undertaken at one time anywhere in the world. Jones, in partnership with long time associate and noted course architect Roger Rulewich [Celtic Manor in Wales and Ireland’s Adare Manor] the duo became the creator and the engineer behind the Robert Trent Jones Trail. 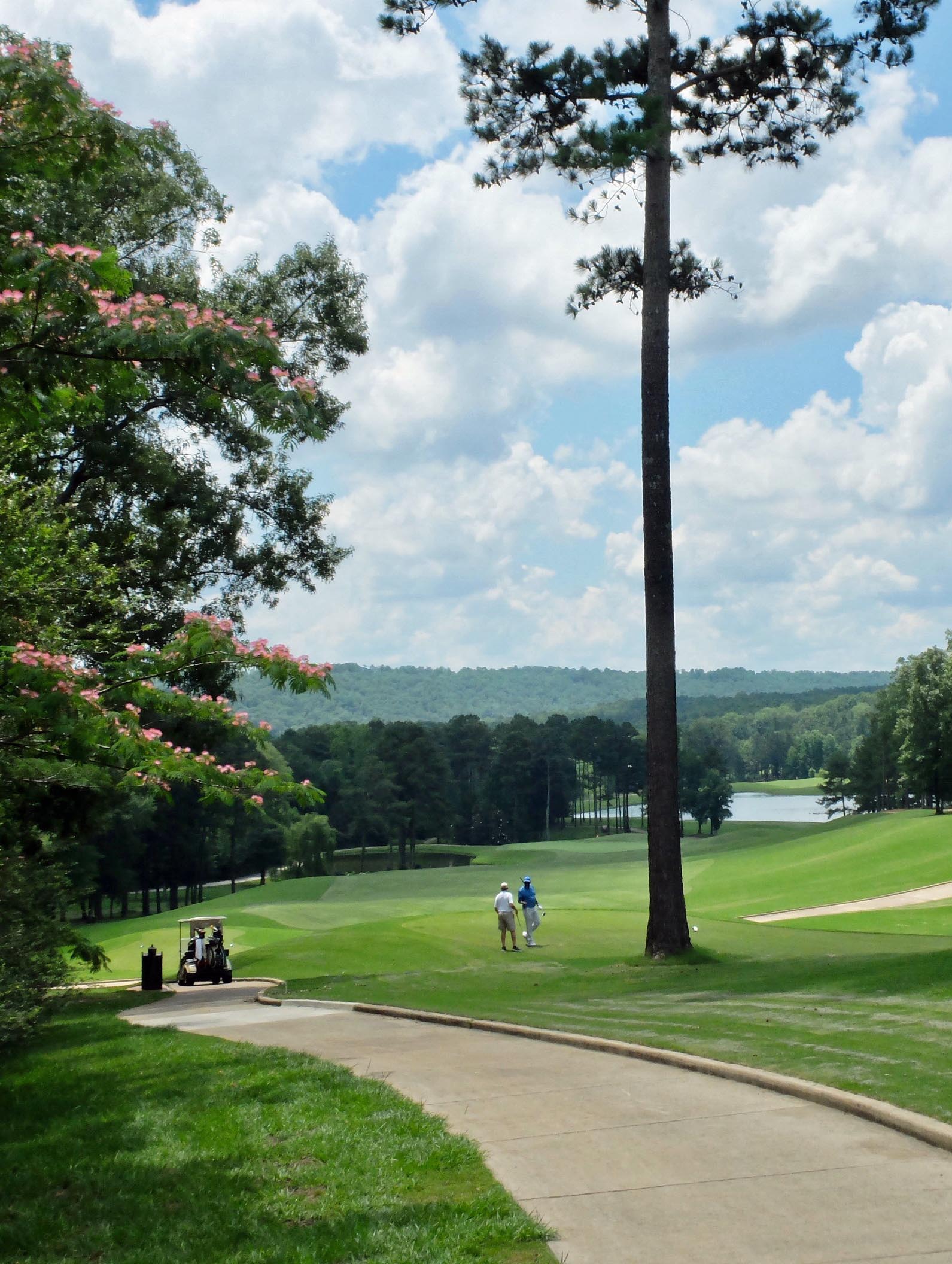 The philosophy of Jones was always to design a course that was “a hard par and an easy bogey”. Bronner’s aspiration “I want to play the US Open on any one of these courses we build and make everyone of them a championship course”. He created the coherence, between the two visionaries, in the design and distinctive settings on America’s first ever golf trail. Now over 500,000 visitors, from the four corners of the world, tee it up annually in the ‘Heart of Dixie’.

The recognition of Alabama as a world golf destination is evident in the growth of revenue from tourism: $1.9 billion in 1992 to $13 billion in 2015. The growth of the business of golf has coincided with the growth of new industry for Alabama. The State is now home to domestic and international automakers including Mercedes, Honda, Hyundai and Toyota. John Cannon, Chief Executive of Sunbelt Golf Corp, which manages the Golf Trail, tells the story of the Hyundai executives who hit balls at 5:30 every morning, as they love the sport. “If it weren’t for our golf courses I don’t think the company would be here. The automotive industry has invested billions of dollars to the State”. 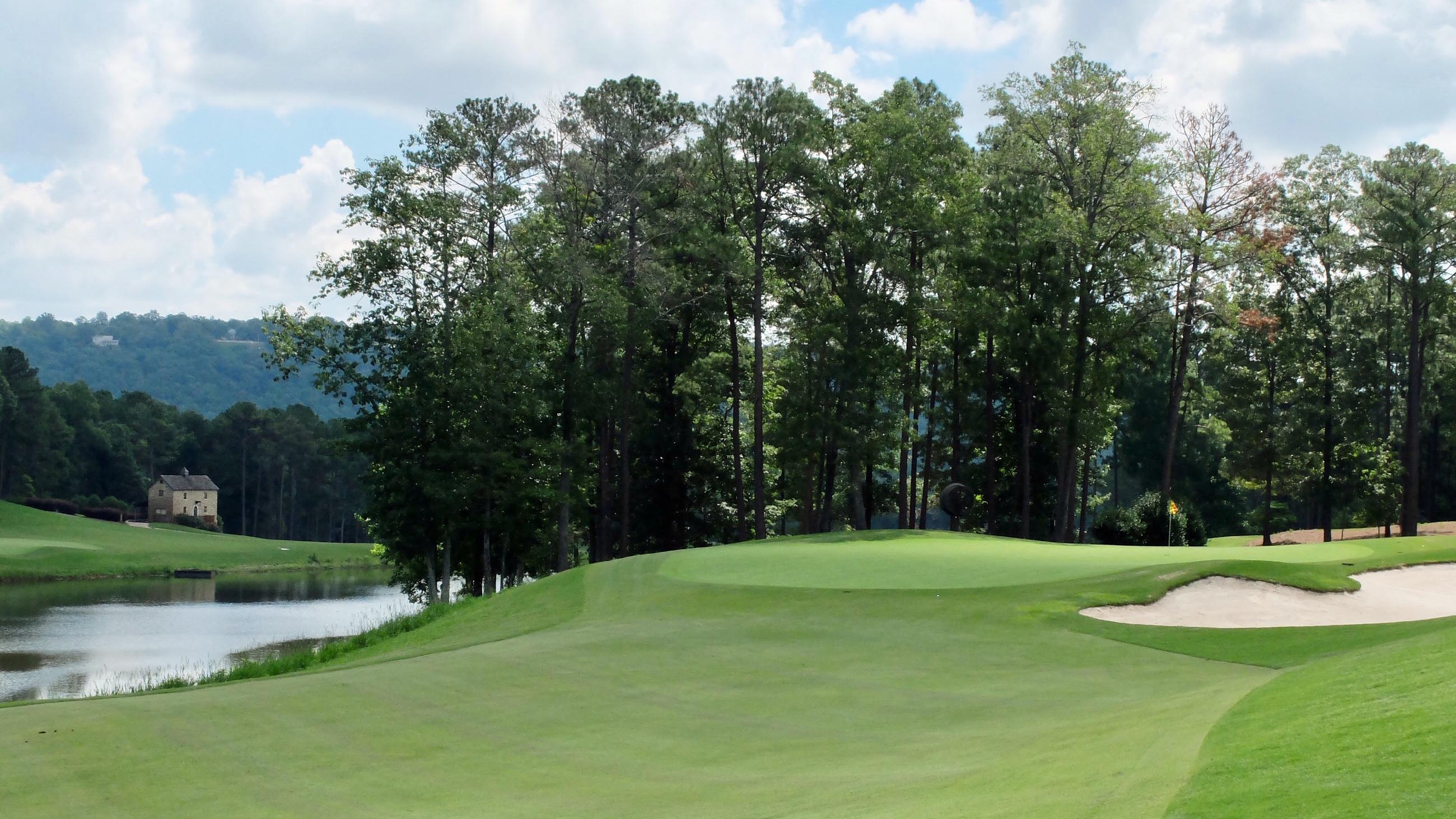 2017 is a special year on the Trail as it celebrates its Silver Anniversary, twenty-five years of golf. The original investment has paid off brilliantly as the State is now recognized as one of the world’s most affordable and notable golf destinations. Bronner was right the courses were built and the people did come! 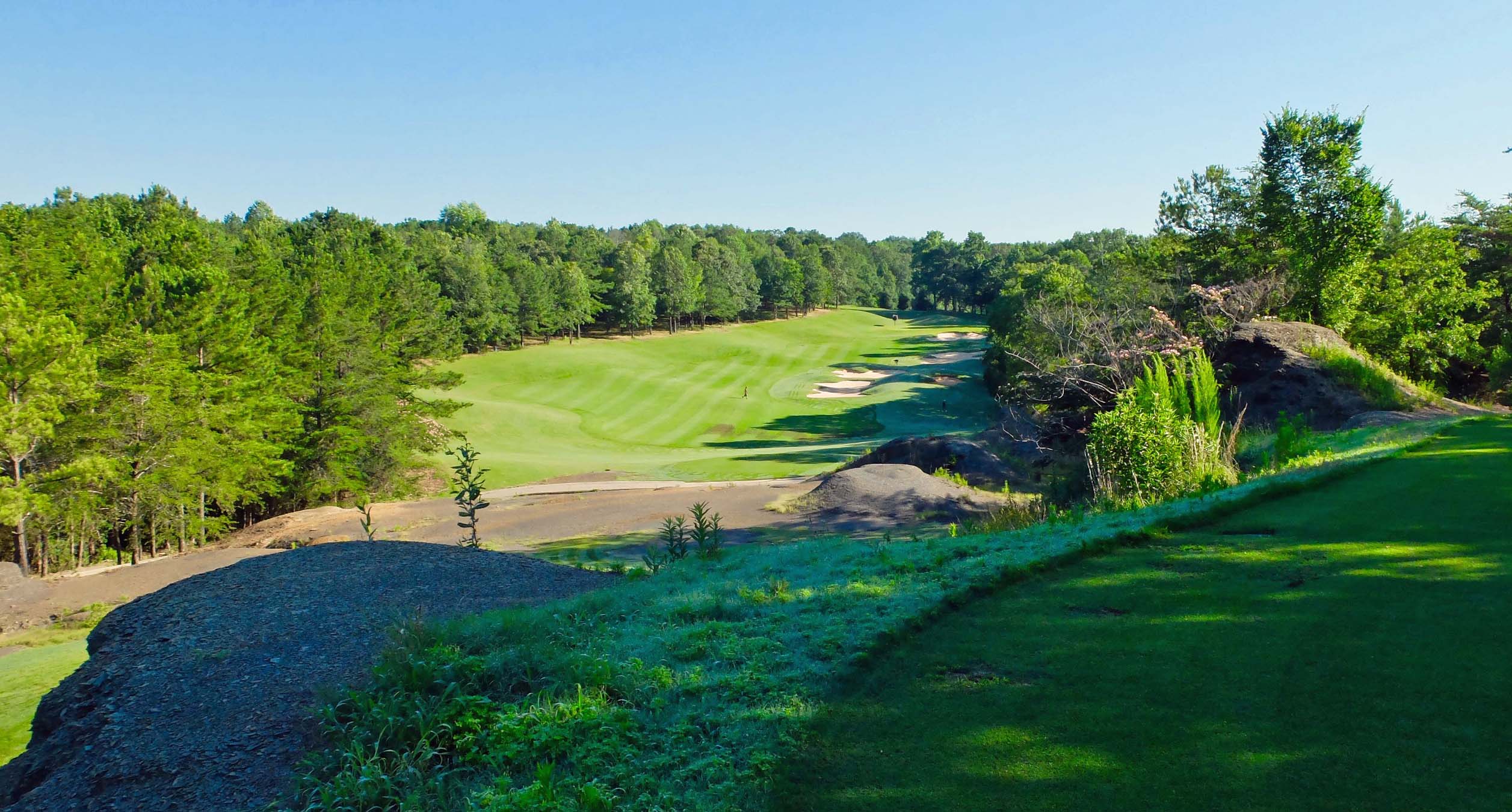 I played five amazing courses on my trip and as my last putt drops at the 18th at Oxmoor Valley, I reflect on the uniqueness of each round. Savouring a pint and a dram of Alabama’s official state beverage – Conecuh Ridge Whiskey, with my playing partners, we deliberate on the many moments that this golf mecca has given to each of us.

Michael Cunningham is the former host and producer of the syndicated show GolfRadio. He is the Editor and Senior Writer for two best selling books Spectacular Golf Western Canada and Spectacular Golf Ontario and contributor for the Golf Channel’s worldgolf.com, caribbeangolf.com and canadiangolf.com.
A member of The Global Golf Tourism Organization [IAGTO], Golf Travel Writers Of America [GTWA] and Golf Journalist Association of Canada [GJAC}. Website: www.golfandtravelwriter.com

The Belle of the Bay – Belleair Country Club Florida

World Golf Village Will Wow You